During a set break at my recent Basement show, an older gentleman who had been following Sydney jazz over many decades came up and thanked me. I wasn’t sure at first what he was thanking me for, but then it came out.

“It was good that you acknowledged Serge Ermoll, because it seems that everyone on the scene has tried to forget him. Despite him being such an important part of it.”

He was referring to me dedicating my song Sunrise to the memory of the late Serge Ermoll. You see, sadly, Serge passed away late last year after living an explosive life as a world class jazz musician and composer, private investigator and karate expert (he had three black belts). Serge was prolific on the jazz scene alone, having recorded over 20 records and playing with an amazing array of local and international musicians.

Think Dizzy Gillespie, Branford Marsalis, Jimmy Witherspoon, Enerstine Anderson (who said Serge “played blacker than any white man I know”), Kenny Wheeler, Richie Cole, Herb Ellis and Ray Brown, Joe Henderson, Sonny Stitt, Art Pepper, David Liebman… Even the Dudley Moore Trio in London when Serge took over the piano as Dudley Moore left for Hollywood. On the local scene in the 80s Serge had people like James Morrison and Dale Barlow in his band, and regularly played with significant musicians like Stewie Speers, Joe Lane, Keith Sterling, Barry Duggan, and many more. Try and find someone in his generation of great Sydney based musicians who hadn’t gigged with him at some stage.

Yet Serge also had a reputation as the “enfente terrible” of the jazz scene. He did put quite a few noses out of joint in his quest to pursue what he considered truthfulness in music. Coupled with his constant battle with alcohol, people got to see a side of Serge that was not as pleasant. Perhaps this is why the gentleman I spoke to at The Basement suggested, Serge’s memory was being removed from the jazz scene.

I couldn’t tell you if there was a push to ignore his contribution, but I did have a personal reason for dedicating Sunrise to the memory of Serge Ermoll.

Serge was my mentor for many years and I got to see a side that not many people would have seen. He shared with me so much of his life and music with a view that I would learn from this to improve my own playing and then later pass it on to someone else.

There’s no way of covering all that I learnt from Serge. But I can say that I got to learn some of the most amazing things about music and the philosophy that sat behind Serge’s music. Admittedly I also got to see a lot of the ugly bits where alcohol took control of his life. And we had our issues as a result of this. But when it came to teaching, he always said “learn from what I do in my music, but not in my life”. And he would always preface each lesson with “this is what I do, take it and do it in your own inimitable way”.

There were many things I learnt from Serge, and many of these things I’m still learning in my music. He generously said “I will teach you everything I know” and did his best to impart his world of music to me. I’ve taken what he did with his music, and attempted to apply the principles through the music I play in my own inimitable way.

It’s for this reason that I took the opportunity to dedicate a song to the memory of Serge Ermoll, and publicly acknowledge him for the big role and influence he had on my music. I chose Sunrise because it was one of his favourite tunes from my album Burning Time.

In remembering Serge Ermoll, let’s remember his incredible musicality, innovation and passion for the creativity of music. Let’s remember the musician and his amazing music. 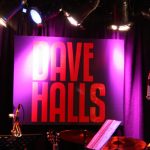 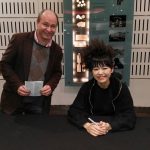 Hiromi pushes the boundaries with her incredible musicMusic